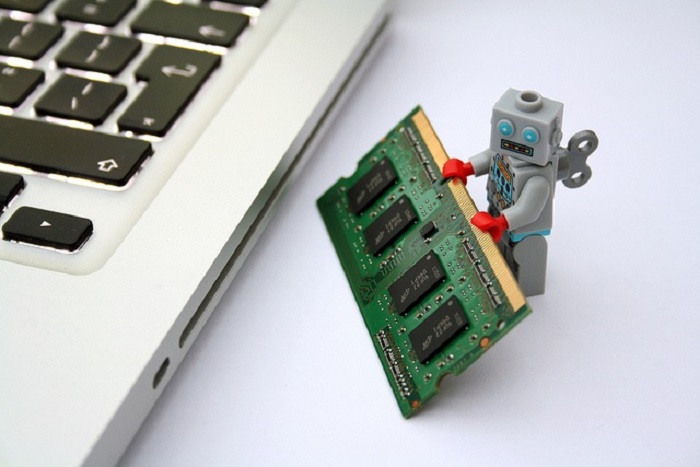 The issue of „books in browsers„, the convergence of the web as we know it and the native product of publishers called ebooks, has been a side issue for mainly the technically experienced ones and evangelists. Now two major organizations for standardisation, W3C and IPDF, manifested their merger precisely with this objective in mind. But which impact could this event have for publishers?

Statements of „books in browsers“ or „an ebook is actually a website“ proved to have little to no relevance in the strategic considerations of publishers. Only a few initiatives drew the interest of a small audience – under strange names such as „Advancing Portable Documents for the Open Web Platform“ – and never sparked a broader discussion.

But now the World Wide Web Consortium (W3C) and the International Digital Publishing Forum (IDPF) decided to join forces in order to finally foster these initiatives and considerations. To make a long story short: the people who are responsible for internet standards merge with those who establish ebook standards. And here it is, the necessary bang.

What is it really in the subject?

Each beginners’ course on ebook production starts with the definition that ebooks are websites. And at that it is ticked off, as all ebooks are fixed Codex forms brought to the audience via dedicated distribution platforms. Done. The basic technology, the format, doesn’t matter – as long as it is standardized and can be integrated in the corresponding workflow. The underlying sales processes were only digitized common distribution channels – printed books for bookstores, digital books to the now frowned upon oligopolies. Railing at the „evil A“, and walled gardens, and pitying the poor customers in the clutches of various data Kraken is considered part of the business, there is nothing to be done about that and actually business is not too bad.

Indeed there were but a few initiatives considering what is the consequence of the fact that a digital product like an eBook technically is much closer to everyday technologies such as browsers, websites, „surfing“ etc. than to the medium that publishers conecntrate at the moment. For example publishers like Penguin with „Pelican Books„, but mainly the W3C (these are the colleagues who define standards for the Internet) with the „Digital Publishing Interest Group“ and their invitation to publishers to contribute to their endeavours. Finally it is not just about sophisticated topics such as digital annotations, but also about DRM or transactions – both prerequisites to build an economy for publishers. At this point the possible merger of IPDF and W3C finally sets an end and starting point.

Michael Schneider, a german specialist for new technologies in publishing, puts the basic idea in a nutshell: „It has to be the aim – especially for ebooks – to become “Native Citizens of the Web „. This means to integrate them trouble-free and fluently into the digital stream of information.“

So what? And where is the strategic dimension now?

Sir Tim Berners-Lee, „inventor“ of the WWW, also outlined several relevant points during the announcement of the merger of these two organizations at the Book Expo America (BEA):

Permanence: ebooks do no longer disappear with the appearance of new devices or formats if they are created using HTML 5, the web language, „the simplest coding language“.
Seamless: Interoperability, this tongue twister, is the ultimate keyword. Content works on all devices. Really all.
Linked: eBooks are no longer isolated content units but linked to other content.
Trackable: Tim Berners-Lee speaks of „linked data“, which also enables measuring user interactions, same as it has been happening on websites for decades.

Actually there have been some objections from Nate Hoffelder who missed the topic DRM and sees the risk of spying on customers with web technologies. However, this may be an unrealistic approach: The DRM issue already is fiercely discussed in the developer community (especially the Free Software Foundation is at the front line against Encrypted Media Extensions which could bring rights management tools for online content). And the point of “spying” surprises here, as this would even decline if users actively gave their consent. At the moment this necessary consent is hidden anywhere and unread, in the “Terms and Conditions” of major ebook platforms.

From a technical point of view a convergence of web and ebook first of all means: no new technology, no dedicated hardware such as e-reader is necessary. Digital products from publishers (or authors) can be read on any device with implemented browsers . And these really are all kinds of devices, from smartphones to smart TVs.

On an economic level this convergence implements that all transaction technologies which are used at the moment in the field of ecommerce can also be used for web-ebooks. Thoroughly thought through this could also mean the end of the so-called walled garden systems, at least an alternative. What about building own (ecomic) systems instead of muttering about large bad companies ? Well, at the end of the day we may even talk about direct customer business, rather neglected by publishers so far. Maybe this could be an assignement for a consortium of media companies. Or a publisher or author on his own. Diversity instead of oligopoly.

One consequence could be that blogposts (like this) are the nearest neighbours to future web-ebooks, the products of publishing houses are one click away, not safely stored inside a completely separated eco system. Visibility, the battle for attention and the „willingness to pay for content“ then take on new dimensions. But offering content seamlessly to an enormous potential readership – directly or with the help of other, new intermediaries – could be a great opportunity to come out of the Codex niche. Let’s take a positive view on these future developments. Disruption eats the stupid and slow ones only.